I remember seeing the results of unbiblical dating as a young man. The Lord graciously protected me from what could have been. Yet, I could not keep from hoping and praying that my Heavenly Father would spare my sons from the dangers of such activity when the time would come. I determined that, with God’s help, I would do what I could to protect them from the pitfalls that the evil one would surely lay in their paths.

In my particular circles of evangelicalism, there was a move away from traditional dating to what some considered a more Biblical model called courtship. Well-meaning Christian leaders and parents attempted to design a path that would assure them that their sons and daughters would not have to face the dangers that were so prevalent in their own generation. Some turned to the Old Testament practices of the distant past in order to insure the validity of their claims.

Without addressing the specifics of these beliefs and practices, we ought to at least discuss the faulty means of Biblical interpretation (called hermeneutics) which often accompanies these views. Sound Biblical interpretation does not take descriptive historical passages and make them prescriptive for the New Testament Christian: unless of course the matter is prescribed for us in the New Testament. Many Biblical lifestyle issues are cultural in nature and not commands for every age.

As a Christian father, I have prayed with my wife for the future wives of my sons. We worked together to build the Scriptures into the lives of our sons and to show them the importance of living all of life under the lordship of Christ. We were convinced that they not only needed to be prepared to be godly husbands but to have the wisdom to seek the Lord’s will regarding a godly wife. We found that the answer to the successful marital future of our sons was not to be found in a formula or a supposed Biblical model. It is found in the pursuit of Christ and a godly life. It is found in the humility of heart that begets dependence on the Holy Spirit and an understanding of one’s own inability. It is found in a realization that every decision, every pursuit, and every accomplishment from birth to marriage to death for the Christian is grace. It is these things that spawn the genuine confidence of faith in Christ that not only takes us to heaven but guides us in life along the way for His glory.

As you raise your children, teach them the convictions of your heart. But direct their loyalty to Christ Himself and the Scriptures. You cannot fail as a parent if you do so, and you will be used of The Lord to prepare your children for dating and all of life. 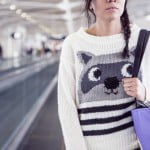 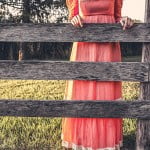