Since You Were Raised With Christ

The crucifixion of Christ was a travesty of justice; a tragic event of false accusations and inhumane treatment. No one was less deserving of such things and more deserving of worship and obedience. On the first day of the week (our Sunday) after the crucifixion, Christ’s disciples were understandably disappointed, distraught, and dismayed. The One to Whom they had given their lives was gone, and the vision He had planted in their hearts seemed a foolish hope. Huddled in a room, attempting to avoid their own martyrdom, they sought to figure out what to do next. They were an unimpressive lot.

What happened in the early hours of that morning had an immediate impact on their lives. The promises of Jesus seemed a faint and incredible dream: until they saw the empty tomb. Heads spinning with doubt were now captivated by hope. Those hapless men and women were transformed by the resurrection of the Son of God. Seeing the risen Lord was much more than exciting. It was revolutionary.

As weeks past and the promise of the Holy Spirit was fulfilled, the followers of Christ lived in the reality and power of the resurrection. Resurrection realities became more to them than “Sunday morning” excitement. These realities were the foundation and impetus for the growth of Christ’s church and a new life; life in Christ. For what they found was that the resurrection of Christ was not only something done for them. It happened to them.

They were crucified with Christ and raised to walk in a new life with Him. Water baptism (not an entirely new concept) was given as a vivid act of confession that these things are true and that life is lived by every believer in the reality of them.

These Gospel truths became the foundation of the entire New Testament and are referred to directly in Colossians 3:1ff. The Apostle Paul had no doubts regarding the state of his fellow-believers. We were crucified with Christ. We were raised with Christ. How can our affections not be captivated by the risen Lord? We are men and women “in Christ”. We are new creations. The old has past. The new has come!

I am not particularly fond of the term Easter, since it is a direct transliteration of the pagan word “Ishtar”. We celebrate Resurrection Day every Sunday and, more specifically, once a year in the spring. On this Resurrection Day, may the Spirit of our risen Lord stir our affections anew for things above and display His reality to our fellow-believers and a Christless world. Yes, Christ is risen. He is risen indeed! 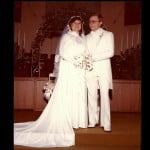 “How I Met Your Mother”Blog, Charles Cavanaugh 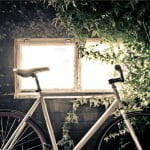 Clinging to the VineBlog, Pam Cavanaugh