In the winter, however, I like the temp to be around 72 degrees. But again 67 or 68 saves money. So I wear a sleeve to save some coin. Seems like I could just put it on one temperature and leave it, but what is normal in one season is not normal in the other. Thank the Lord for central heating, air, and thermostats. Thank Him also that in his mercy He made us adaptable.

Lest you are wondering, normal also changes culturally and generationally, and that is when adaptability can be a bad thing. Norms and mores fluctuate from one generation to another. Sometimes this is merely amusing, as in the change of hair styles or the width of lapels and ties. Who has not laughed at pictures from the past?

But the new normal is meant to take us far beyond hairstyles and neckties. Postmodern “normality” is a race into moral denial and moral darkness. Just about eight or nine short years ago a young woman I worked with told me that she and her fiancé were living together. “I know we should wait until we are married,” she opined, “but…” These few short years later no one concerns herself with what should or should not be done. “Should” hardly enters the equation. No one is apologetic about living outside the bounds of Biblical moral law. It is the biblicist who must be apologetic. And here is where the new use of “should” comes into play. It is the new moral restraint. One should not erect a moral standard. One should not reject or criticize another’s behavior. Tolerance of everything except Biblical truth claims is the new moral norm.

So the entrenched new normal is unrestrained sexual pleasure without marital responsibility. The new normal is, “I am what I feel I am no matter what my anatomy or common sense tell me.” And are those who espouse this new normality questioned or criticized? No; they are applauded. The frightening reality of Romans 1:32 comes to pass before our eyes.

So what are we to do? We certainly must stand for the Truth and stand on the Truth. But we must begin by examining ourselves. We, and by we I mean the people of God, have slipped into the twilight zone of a new normal ourselves. It affects dress, reading material, habits, etc. But I will use language as an example. Not so long ago the term “screw” was a substitute for the proverbial f bomb. Profane men and young men used it when they were uncomfortable using the latter. It still carries the profane connotation but has made its way into Christian vernacular conversation. Similarly, only crude and profane persons used to say that something or someone “sucks”; and for obvious reasons. Now it is regularly used by Christians on Facebook and in “normal” conversation without so much as a thought.

My only point is this. While we moan over the decline in culture and the obvious wickedness that is on the increase, let the church, the bride of Christ, be careful of becoming comfortable with a new normal. Let us be slow to abandon old standards without considering the source and consequences of the new ones. And let us be more concerned with the success of the Gospel and the glory of our Savior than the exercise of our supposed freedoms. “For, brothers, you have been called to liberty; only do not use liberty as an opportunity for the flesh, but through love be slaves to one another.” (Galatians 5:13) 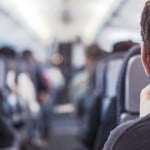 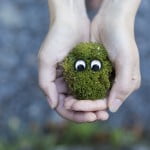