When something becomes a phenomenon, it tends to define or reinvent cultural standards of measurement. The relatively recent advent of social media is a case in point. With it has come new terminology or old terminology with new meaning. A cloud is no longer just a white, fluffy marshmallow of moisture or a dark ominous omen of a storm. It is a place where information is stored for later use and prevents one from filling his or her hard drive unnecessarily. The concept of “user friendly” originated because computers were so intimidating, and efforts had to be made to eradicate that barrier if they were going to be viable in the market place. Then there is cyberspace; that frontier that includes clouds and volumes of information which tempts humans to “boldly go where no one has gone before”. But perhaps no term or concept has gotten more traction than “What’s Trending”.  Just the sound of this phrase reminds us that if it is happening on Facebook, it must be important. Which brings up another old term that has new meaning: viral. Viral used to carry the connotation of something unpleasant, debilitating, even infectious. But now if it has “gone viral”, it is uber popular. Originally it was trending. Then it went viral. Never mind that it was a video of a woman donning a mask of an imaginary galactic creature, a dog doing something unusual or even gross, or a human being stupid. Social media makes it important.  This is not meant to be a rant against social media. I use it to keep up with friends and events. This is more of comment, a concern, and even a call to evaluation. Like many other things, social media is a tool which can be used or abused. It is not inherently evil. But let’s go back to my comment, concern, and call. My comment is this. We are far too easily amused. And because we are easily amused we often do not stop to think about what is amusing us. It is not the galactic mask or the silly dog that is the problem. Rather it is the irreverent comment or the snide humor that should alert us to an unbiblical and Godless philosophy.  This leads to my concern. We are far too easily distracted. Someone close to me recently said that he had turned off his Facebook notifications; not because they are necessarily evil but because they are a distraction. Granted, we cannot turn off every distraction, and I am not suggesting that we all must turn off Facebook. But I am saying that all of us who wish to follow Christ can be easily distracted from a Christ-centered life by inane and mindless drivel. This should be a concern for all of us who love the Lord.  This leads to a call. We who know God are not called to a life enamored with “what’s trending”. In the words of A.W. Tozer; “We are called to an everlasting preoccupation with God.” This is the call and the challenge of the Christian life. It is not just a daily challenge. It is a moment by moment one. The trendy and the trending are but temporal reminders of the One eternal constant who never changes and Whose “steadfast love endures forever”. So; “Whether you eat or drink or whatever you do, do all to the glory of God.” And may this not be a trend but our life-long commitment.

In the love of Christ, 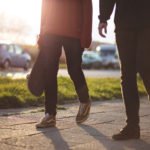 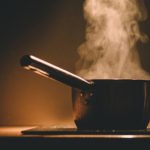