We are naturally attracted by outward beauty, whether it is a person, natural creation, a nice house, even ministries. We are captivated by things that are attractive. Supermarkets do not allow the packaging of their products to deteriorate. Their lights are bright and the food is colorful. Cigarettes, alcohol, the lottery all fail to show us their dark side. Cancer, drunkenness, unpaid bills are hidden by images of successful, happy, and wealthy people.

Because we are naturally drawn to outwardly attractive things, while overlooking their undesirable elements, it is easy for us to be deceived. And because beauty is in the eye of the beholder, different kinds of things attract and even deceive different kinds of people. Perhaps you have walked through a flea market or gift shop and wondered, “Who buys this stuff?!” Or maybe you have seen someone set up on the side of the road selling their wares and thought, “Surely nobody buys that. What would you do with it?” Hey, “one man’s trash is another…” You know.

We have grown accustomed to this in politics as well. Clothes, photo opps, speeches, and surroundings are used to frame a candidate to make him or her attractive to as many people as possible. Yes policies, beliefs, philosophies, and ideologies all play a part. But the frame can be as or more important as the subject. It seems that the public would grow immune to hype, rhetoric, pugnacity, and empty promises. Instead it appears that in some ways the electorate is more gullible than ever.

Shrewd public figures know how to tap in to fear, anger, and other emotions and tendencies, grabbing a contrived high ground and playing a political version of “king of the mountain”; successfully staving off attempts to be knocked from the perch while drawing more fans to the side of bombastic behavior.

Why is it so difficult for the electorate to see through the fog and remember the old and oft-quoted cliche “all that glitters is not gold”? Many a gold rusher mined loads of pyrite only to find that the attractive substitute was worthless and that their hours of exhaustive labor had produced nothing but fatigue.

Recently my son was talking with a man near a polling location who told him for whom he was voting. My son’s advice was; “You had better look long and hard before you make that decision”. Isn’t that good advice for all of us? Shouldn’t we place the thinking cap back on our heads; the one we throw off at the first sight of an attractive and glittering candidate who says the right things but fails the test of closer examination?

When coins were the primary means of currency, it was not unusual for counterfeiters to make coins out of cheap metals then cover them with a coat of gold or gold colored metal. The naive would often take such “currency” without testing it. But the savvy person tested the coins given to them by biting them to see if the coating would come off. That became a customary means of determining if what you were paid was authentic.

In more ancient history, pottery was made and sold in the open market. Well-made and intricately designed pieces could fetch a nice price. Some hucksters would take flawed pieces of pottery and fill the flaws with wax. The wax could easily be painted or polished to cover the repair, giving it the appearance of a more valuable work of art. Testers would take a piece of poetry and hold it up to the light of the sun and with their trained eye see if a piece was authentic. Those without wax patches were labeled “sincere”, without wax. You may recognize the Latin phrase as the one from which the English word sincere is derived.

I want to challenge my readers to give long hard Biblical thought to the issue of choosing a leader. Do not be naive. Hold the potential leader up to the light of God’s Word and look closely, critically, and prayerfully. It is not enough to be attracted by catch phrases, winsomeness, and attractiveness.

In the end it is God who puts down one and raises up another. But He uses means to accomplish His end, and in this case, we are the means. We will be held accountable for how we exercise our privilege. May the Lord help us to choose wisely. 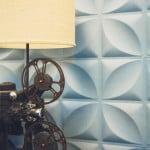 The Force of TruthBlog, Pam Cavanaugh 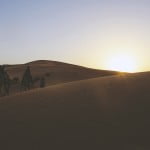 The Theology of CinemaBlog, Charles Cavanaugh