The Theology of Cinema

Several years ago a series of books was published with a story line involving the circumstances surrounding the Second Coming of Christ. Written from a premillenial, dispensational perspective, this eschatological tome went into great detail describing what will happen when the “rapture” occurs and the aftermath for those “left behind”.

A woman who was a co-worker of mine asked what I thought of the books. My reply?; “They are interesting fiction.” Whether you agree with my assessment or with the theology behind the series, there are serious issues involved with developing one’s view of a particular Biblical subject or theology from fictional writing.

This brings us to a more recent development in the production of quasi-biblical fiction: a cinematic effort to tell the story of the child Jesus. The movie “The Young Messiah” is based on a book written by Anne Rice. The movie purports to give an historically reliable account of the child Jesus at the age of seven when his parents were returning to Palestine with him from Egypt. The narrative weaves the pursuit of the child by a Roman soldier and instances of miracles performed by the surprised and uncertain young Messiah. It has opened to some good reviews, even getting a positive nod from Focus on the Family.

Bible-believing Evangelicals should be savvy enough to see through the ruse and discern what is really happening. We can learn a lesson from the early church which rejected spurious “gospels” and letters that claimed authenticity and inspiration while making obvious uninspired statements and offering fictitious accounts  of the child Jesus which were fantastic if not absurd. If the early church rejected these extra canonical sources while holding on to the Apostolic tradition, why should we give credence to a modern day resurrection of such things? The truth is that these apocryphal accounts appealed to the emotion and imagination then just as they do now, not to the converted and Biblically trained mind. The inspired Scriptures say very little about the childhood of Jesus of Nazareth, but as with all they address, what they say is sufficient. Stories of the Christchild’s supposed forays into early expressions of deity have nothing to do with the veracity of the Jesus of the gospel accounts, His glorious person, or His saving work. What is worse in this instance is the sense of reality given to such a story when it is displayed on the large screen of the theater. We are easily moved by life-sized dramatization and skillful story telling, when we ought to be firmly convinced by inspired truth. Claims of authenticity and historically verifiable accounts must not be taken at face value, and the emotions inspired by the actions of a little boy on the screen should not be trusted as Biblical Christian experience. So do not expect genuine conversions to Christ to be the result of such an event. Hot flashes and flushed faces may occur, but these are not indications of a saving knowledge of the Christ of Scripture.

Whether you spend your money to watch such a movie is certainly a choice made between you and the Lord. But let us get our theology, and in particular our Christology, from the Word of God, judge all things by it, and be ready to give an answer to those who may well be confused by the theology of cinema.

All That GlittersBlog, Charles Cavanaugh 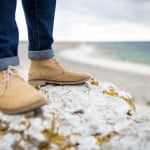