Nearly 240 years ago, the founders of the United States established a government of law. They were strongly influenced by, and many were firmly committed to a Judeo-Christian view of life and civil responsibility. Many even believed that in order for a person to run for public office, he ought to be a Christian.

These definitely are different days. We have come a long way from the days when the voting public was familiar with and accepting of a Biblical view of life and morality; a day when leaders felt at least somewhat accountable to a standard of morality that resembled Christian teaching. The “melting pot” has become something of a mud puddle ideologically and culturally speaking.

Lest I be misunderstood, the United States of America has never been anything close to perfect. The quote, “America is great, because America is good” falsely attributed to Alexis de Toqueville, was a bit generous, though possessing some truth. Truth is, we have always been a depraved people, and there are ample instances in our history to verify that troubling truth.

However, God has been good and merciful to this nation and shows amazing restraint in these days of immorality, perversion, and lawlessness. And while the culture we once enjoyed and took for granted is all but gone, we are still in need of Biblical wisdom as we enter another election cycle. What do we do, and how do we choose?

I have found some help from Proverbs 29:2: “When the righteous are in authority, the people rejoice; but when a wicked man rules, the people groan.” It was written to the Old Covenant people of God accustomed to theocratic rule and a king ostensibly bound to God’s prescribed laws. So one must be careful of misinterpreting its truth. Nevertheless, there is application for our benefit as we judge the qualifications of those who are asking for our votes.

(1) Leaders are responsible to exalt righteousness. It seems almost absurd in today’s political climate, but it is still true. “When the righteous are in authority, the people rejoice…” As most proverbs are, this is a general rule, not an absolute truth. There are exceptions. But at the very least we can say that we need leaders who lead righteously and justly. Since we find it difficult and perhaps nearly impossible to find such people, then we must prayerfully do our best and choose the one whom we believe will act and govern most righteously. We are not choosing a Pastor, so he or she does not have to agree with us on every detail, but there must be some evidence of a moral base from which this person will govern and make decisions.

With this in mind, we must be careful as responsible Christian citizens of refusing to vote when the “perfect” candidate is not left standing. Christians tend to be myopic as a voting block, unable to see the forest for the proverbial trees. Abortion is a watershed issue for many of us, but if there is not a candidate who holds my exact position on the matter, I must vote for the one who will at least decrease abortions. I will not cast my vote for more abortions by refusing to vote for the better of two candidates. In recent years, the Evangelical voting block has essentially voted for some wicked rulers by refusing to vote when the “right” candidate was not running. In this we must be “wise as serpents”.

(2) The person we vote for must be able to lead and govern. Wicked men may not rule as we like, but they often know how to govern in a way to accomplish their agenda. Because a man or woman has been accomplished in one field, does not necessarily mean he or she can lead a nation. We elect people to lead and make decisions; to use sound judgement and solve problems. But they must be able to do so in an environment of governance. They must be fearless decision-makers yet compassionate leaders. And as leaders, they must give evidence of an integrity that is unshakable.

If you are a Christian, you will not likely get everything you want in a candidate. Do not let that give you reason to shirk your responsibility to cast your vote for the person who most closely conforms to the Biblical model of leadership, and remember that our trust is not in humans, however qualified the may appear, but in the Lord our God. 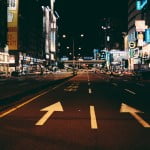 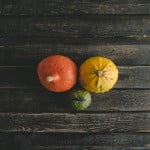