Ferguson and Baltimore: “Ball of Confusion”

“I’ve seen this movie before.” You know the feeling? You don’t know where, nor can you remember all the details, but it’s too familiar to be only a feeling. Yes, you have definitely seen it before.

Recent events look and sound all too familiar, reminding me of the ’60s of my youth. The cops are the bad guys. Cries of racism abound mixed with cries for justice. People who had nothing to do with the events in question watch as their hard worked for businesses are burned to the ground by people not from the area: people who often do not have a clue what really happened but are ostensibly looking for an excuse to loot and destroy.

A generation ago I watched similar events unfold and escalate into what seemed to be endless mob violence. Distrust and rejection of all authority (except those who let them do as they please) creates seemingly irresolvable tension looking for a reason to break loose. Justification for lawlessness is never far from reach.

Unanswered questions beg to be addressed. Where is the truth about “hands up; don’t shoot”? Why do the police at times seemingly have their hands tied while they watch lawlessness and destruction go unhindered? Why the cries of racism in Baltimore when three of the six police in question were African Americans? Do the rights of rioters include the rampant destruction of personal property?

If you disagree with where this discussion seems to be going, I hope you are still reading. If you agree with where you think it is going, do not be smug. You see, there is someone else who has “seen this movie before”. There is the young black man walking down the street who cringes as a police car drives by. Or the black youth who was pulled over by the police for no apparent reason who drives away wondering if he would have been stopped had he been white. There are the multitudes of African Americans who watch in horror as a young black man is shot in the back by a police officer. Many of those who watch still have vivid memories of the ’50s and ’60s. Yes, they too have “seen this movie before.” As a white, conservative baby boomer living in a quiet town, I have to work very hard to get into the head of those I have just described. Even then, I cannot see it.

Some may be asking,”Will cooler heads prevail?” But the question is, “Will hearts of character prevail?” For there is the root of the problem: the heart.

In France, Robespierre and his ilk resisted authority while instigating anarchy. The anarchy that followed paved the way for the “Reign of Terror” that sought to silence all who would resist its ideological intentions. We now refer to the events of those days as The French Revolution. Robespierre and others thought they had justification for their actions. After all, the monarchy ruled unjustly. But did it excuse the ensuing lawlessness? France has, quite frankly, never been the same. The  “Reign of Terror” may well have been spawned by and mixed with good intentions, but it was nevertheless an ideology that was unyielding, unsympathetic, and lethal.

We are forced to ask if the elements of such a scenario exist today. At the very least, we know that The French Revolution, the ’60s civil unrest, and the events of recent days reveal the sinful heart of man in a most vivid manner and remind us of the frightening prospects of untamed and unruled passions.  The prospect of a lawless society is frightening for any of us. The “Temptations” of the ’70s had it right. This is a “Ball of Confusion”.

So what can we say to these things. First we can be grateful for the progress that has been made in race relations. This country fought a horrible war with itself at least in part to abolish slavery. And that was not the end of the battle. Painful, gradual, but significant progress has been made since then. African Americans and other minorities hold significant positions of responsibility in our nation’s social and political structure. An African American has been elected to two terms as President largely with the votes of white Americans. These things have taken too long and with too much resistance. Still they have come.

Is the battle over: not at all. But I cannot allow myself to think that my view of these things is flawless. Nor can I let myself ignore or dismiss the viewpoint of my black brother in Christ who sees these events in a very different light. Prejudice, racism, and bigotry are wretched, no matter the color of the skin that covers the heart they come from. And who among us believes that urban warfare is the answer? I trust it is few. The racial distrust and even bigotry that exist among those of every background cannot be legislated away. Let those of us of every race and ethnicity who know and follow Christ pray for racial reconciliation, the peace of our cities, show the love of Christ to the hurting and those who distrust us, and bear a Gospel that not merely changes minds but hearts. We can pray that cooler heads will prevail, but let us pray more that hearts will be changed by the power of the Gospel. Let us pray for leaders, that the Gospel will be brought to bear upon them and that many will turn to Christ; that they will, by God’s grace, make decisions that will lead to peace and open doors for the Gospel. And let us ask for the help of God to see these critical issues from the perspectives of others while holding the saving Gospel of our Lord as our only weapon. May the events of these days be used of God to cause many to bow the knee to Jesus Who has commanded us to love our neighbors as ourselves. 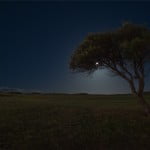 The Shape of Our Lives…Blog, Pam Cavanaugh 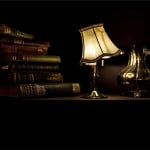 The Blessings of a Thrift Store QueenBlog, Pam Cavanaugh