The word death seldom conjures up pleasant or fond thoughts. Death is sad, frightening, and final: at least humanly speaking. We are endowed by our Creator with an innate desire to live. We are made to enjoy life. Even those of us who know the Lord will fight to live.

So how then is death precious? When Pam and I received a text on Saturday telling us that our one hundred year old Christian sister had died, we were sad: briefly. But then this Scripture quickly came to mind: “Precious in the sight of the Lord is the death of His saints.” (Psalm 116:15) In what sense then is the death of a saint precious? Here are some thoughts I gathered on the subject.

This verse tells us that the redeemed are precious to our Lord. Death is the means by which He receives His own to Himself in glory. This is a splendid and glorious thing. “Precious in the sight of The Lord is the death of His saints.” It should be noted that death is; “Precious in the sight of The Lord”. Our Lord sees things differently than we do. His ways are higher than our ways and His thoughts than our thoughts. So it stands to reason that it would be so of death. God has the perspective of eternity. We are tied to the present. He has the perspective of His eternal purposes. The saints are His holy ones, the ones set apart for His purposes, and at death it is His sovereign and perfect purpose to take His holy one home.

Death: it is a dreaded thing from a human perspective. But gratefully those of us who know Christ do not live life nor face death from a merely human perspective. We look forward to the day when “death is swallowed up in victory.” We say with the prophet; “O death where is your sting? O grave where is your victory?” We are in Christ, and He holds the keys to hades and death.

One day Jesus was present at the death of His dear friend Lazarus. He had been dead for three days, but Jesus had purposefully delayed coming. He could have healed Lazarus and avoided the sorrow had He only come earlier and acted as was expected of Him. But there was a purpose in His delay and a purpose in the death of Lazarus. Jesus raised Lazarus and punctuated this act with this declaration: “I am the resurrection and the life: he who believes in Me, though he were dead,yet he shall live,and whoever lives and believes in Me shall never die.”

He who holds the keys to hades and death has told us that for the person in Christ, death is not final. My dear one hundred year old sister is absent from the body but present with The Lord. And at the resurrection she will be united with her body to live with her Savior forever. This is the hope of every believer and why death is a precious reminder of our blessed hope.

To the Glory of God, 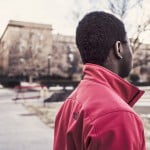 What to Do When You Don’t Feel Like You are Being TransformedBlog, Daniel Cavanaugh
“Desperate for Him”Blog, Pam Cavanaugh