Danger seems imminent. Those of us who are baby boomers and younger have grown accustomed to what appears to be a safe world. Even though there has been conflict around the world, the United States has enjoyed a large measure of peace and safety in her homeland. This has served to anesthetize us from the terror that is a way of life for much of the world. Even the bombing of the World Trade Center in the 1990s failed to awaken a comfortable and presumptuous generation to the very real possibilities of terror in the West.

But a new century has brought new realities to old assumptions. Acts of terror have become more bold, more vicious, and more frequent. The certainty of their distance is gone, and the possibility of their nearness is with us. Recent events serve to show that any of us may be the recipients of acts of terror. Danger not only seems, but is, imminent.

Western Civilization is in a downward spiral. Her Judeo Christian moorings have been forsaken for a godless hedonism that has led not only to rampant sensuality and materialism but also a moral weakness that dissolves the resolve to stand and fight for survival. Life without conviction leads to a worship of comfort and convenience that results in this lack of resolve. All that matters to the post- modern mind is pleasure. Meanwhile, the barbaric followers of violent religion stand ready to take advantage of the gaping breach in Western Civilization and raise the flag of victory over a society that has died and does not know it.

What is the Christian response? The temptation is to cower in fear and hope for the best or to look to a political savior who will rally some troops and fend off the barbaric hordes. But we must trust and apply the command of our Savior; “Fear not those who can destroy the body only. But fear Him Who can cast both body and soul into hell.” Remember that we are mere pilgrims in this very temporal world carrying a precious word in the Gospel of Christ. Guns, tanks, and smart bombs will not ultimately win the day (though they do have their place). But we must trust our lives to Him who does all things well and pray that He will empower and use us to turn a generation to Him.

For the glory of God,
Charles Cavanaugh 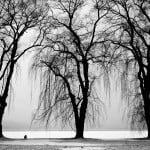 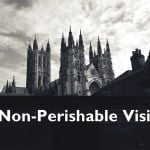