The Death of Truth

Leaders and nations who have found certain people or people groups troublesome or a detriment to their personal or national agenda have been willing to do what is necessary to remove or neutralize them. Adolf Hitler saw the Jews as a problem and set out to completely remove them from German society.

On a less tragic level, people have done their best to eradicate pests such as rodents or insects: understandably so, since failure to do so may cause significant harm to property and even health.

Recent years have seen war on a “new” and more resilient “pest.” It is new to modernity and now post-modernity, but it is not new to history. This pest is not human, although it is carried by humans. Nor is it animal. This pest is ideological, and ideological pests are the most difficult to eradicate.

The present warfare is a war on truth. Truth, moral and ideological, is an inconvenient reality. Those who seek to live contrary to it cannot long ignore it. It will not go away voluntarily. So those who hate it seek to kill it. That explains Post-modernities efforts to do away with it.

The war on truth is not a new one, but it has had little obvious success in the United States until the Modern Era. French Rationalism and other forms of liberal European thought have gradually made their way across the Atlantic until they have been able to take hold and influence, not only the intellectual community, but the man and woman on the street as well. The advent of the Postmodern Era has placed us on the precipice of a time when an entire society rejects the once quaint notion of objective truth. We are witnessing political leaders ignore the laws that are detrimental to their particular agenda and deeming as true only those that are convenient. Arguments over original intent, orthodoxy, and other expressions of truth-based beliefs are becoming moot. Because if truth is dead, truth claims are irrelevant and heresy does not exist. Then truth is what one makes it to be.

This is the environment that is rapidly becoming the norm, and in such an environment, those who hold to truth are the enemy. Their voice must be minimized, rejected, and ultimately silenced. Tolerance is the new queen of virtues: tolerance that is for everyone except those who believe in final truth.

What does the future hold for a society intolerant of truth?

So what are our takeaways?

Until then, it is the blessed privilege of those who know the Sovereign to make Him known and watch Him invade the chaos of sin one soul at a time. 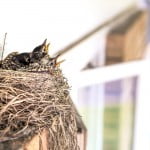 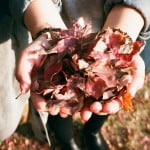