“It’s no use going back to yesterday, because I was a different person then.”
Lewis Carroll – Alice in Wonderland

I learned two things specifically on the Global Encounters Christmas trip – now just over a week gone by since we landed back in the states. I learned what Winston Churchill said, “It is not enough that we do our best; sometimes we must do what is required.”

We had such a short amount of time to work in Ecuador, just two short weeks in which we packed more children’s programs and traveling than I’ve done on trips twice as long. Just six of us traveled to Quito two days after Christmas. Our mission: to spread the gospel, meet and encourage the believers in Ecuador, and open doors of opportunity for future teams to go further into the reaches of this country. God blessed us on all these fronts.

We spent the first week doing morning and afternoon programs in and around Quito. We worked in new places we had never been before and quickly fell in love with the kids we met. Our translators went with us every day and were as much a part of our small team as any member that traveled from the states. Without them, our trip would have been for nothing.

At the end of the first week, we spent New Year’s with Pastor Benjamin and our close friends in Quito! Experiencing and participating in Ecuadorean customs were some of the best times I have had. Our team rang in the New Year playing a very aggressive game of spoons and watching fireworks takeover the night sky in Quito.

We had the opportunity to spend a night in Otavalo (a mountain city we have visited in the past) and see some of the kids our summer team had worked with. We experienced a soaking rain in the local market but the team managed to acquire some excellent finds and gifts to bring home.

The second week was a challenge as we knew it would be. We flew to Cuenca, a beautiful city with unique architecture. From there, we were joined by two translators – thanks to our friend Justo Pillman a missionary in the city – and we traveled by van out to the mountainous region of Cochapata. We were informed no American Team had ever stayed in this town before. Pastor Gonzalez, a native of Ecuador, and his family moved their two years ago without anything but the clothes they had. Since then they have begun to build a church building, and as he told me one evening, they are encouraged by the openness of the people.

In the mornings, after a night spent sleeping in a hammock or tent, we made our own breakfast and prepared to work with single mothers and their children. Some of these mothers walked close to an hour through the mountain paths to join us. Later, after lunch, we walked about 30 minutes to work with kids in the afternoon at a local school. Everyone on our team would tell you they were challenged in different ways, but we saw God working. Soccer with the kids and snack time every day for three days was just a small part of the time we spent with these kids.

One night while we were sitting around the table of our campsite, I asked Pastor Gonzalez through a translator what would make a man leave his church and comfort of home and come to this place. He told me that after God laid it on his heart he argued with Him for two weeks, and then he said ok and moved his family here to Cochapata. I told him I wanted to pray for him and through great emotion I prayed with the team gathered around him. I learned so much from a man who gave up his comfort to spread the gospel, and I hope one day to see Pastor Gonzalez in Ecuador again.

There is not enough time to tell you about team leaders being attacked by bugs or of the reunion we had with churches visited in years past by other teams. However, please indulge me for another moment. I will recount one, if not my favorite moment of the trip. I was quite sick and lying in bed last Saturday, the rest of the team had flown home, and only Liz and I remained. Pastor Benjamin had gotten word to Melany, a little girl who I have grown quite close to over the last few years. Melany and her mother showed up where we were staying with gifts and the cutest smile. We sat and caught up on life for about a half hour. Besides making my day, I was and am reminded of the impact the teams in years past have had on so many people in Ecuador.

Emotion overtakes me as I realize words are insufficient to explain what we saw and what God is doing in this country. Before we left Cochapata, Pastor Gonzalez asked me to tell the believers in America to pray, “Please tell them to pray for what is happening here.”

Oh, and the other thing I learned on this trip was that there is not enough coffee in the world when you are on a missions trip. Also, I found out that getting a parasite is an effective weight loss program but one that I do not want to repeat. I won’t bore you with the details of shaking uncontrollably with fever or body aches. Trust me, it is not the best way to spend your days in another country. However, with proper medication I am on the mend.

Thank you for praying! Please keep praying because God is working all over the world. How do I know this? Because I have seen it. 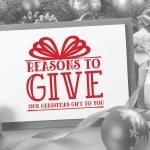 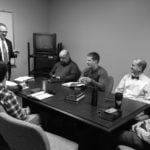