In early July I flew to Florida and joined 19 others, most of us meeting for the first time, to begin a journey to South America. We landed in Quito late Saturday night on the 11th and as we walked off the plane and officially into the Country of Ecuador I turned to a fellow team leader who was also returning and said, “We are back!” It is always a feeling of excitement to see friends and fellow believers we have worked with in past trips and reignite the memories and make new ones.

We spent a week in Quito doing our normal children’s program in the mornings at Iglesia Evangelica Iñaquito (the church we work with in Quito every year). In the afternoons this year we were able to visit Carapungo, a section outside Quito much like a suburb. There we worked with a new group of children and formed new friendships with the church there. Leaving the first week was tough for the team because we formed such close friendships in such a short amount of time, and for some it didn’t seem like it could get better.

The weather in Otavalo is much cooler in the evenings. Sweaters and jackets were handy to have. The kids here were much quieter than we had become accustomed to, so initially things seemed to get off to a slow start, but by the second and third day they warmed up to our team and there was plenty of laughter and good times. By the last day, while saying goodbye there were enough tears shed to fill our team bus to the brim.

We met many new people and created a great relationship with the believers in this city. I was blessed to get to know Pastor Roberto who spoke great English having lived in the U.S. for some time. He told me something before we left that week. He said he knew we usually go somewhere else during our second week as a team (Esmeraldas) but he knew we were meant to be there in Otavalo, because we were teaching the people there how to work with the children. He told me there were so many children as well as adults that were unreached and in need of the gospel. What a blessing it was to spend time with the believers worshipping on Sunday with them and building a bond in Christ.

Perhaps the most memorable time of the trip came when we were staying in Otavalo. We had the opportunity to take the team to an orphanage where only children infected with HIV were staying. I made the decision to only take a handful instead of all 20 plus members. The conditions at the orphanage were very sad. The children did not appear to be on any kind of medication and the place was not well kept. We told stories and tried to teach crafts, but the kids were unruly and out of control. Near the end of our time we opted to give piggy back rides and just play one on one with the kids. Those who went to the orphanage that day could tell you it is something they will never forget, and it continues to lay heavy on their hearts. The conditions the kids were in and their overall lack of any kind of respect for each other or other people was disheartening. Knowing that without medication the life expectancy of these kids is very short was beyond hard to realize. One team member said to me through tears; “It’s the faces of the children, I can’t forget the faces.”

The last week we spent at camp. It’s at a little place called Same, and it’s about a 3 minute walk from the beach. It is run just like a summer camp. We teach the kids lessons during the day and take them to the beach. The kids are divided into teams with a color for each one and they gain points by winning events together as a team. The kids love the soccer tournament and the events, and there is a lot of competitive spirit that comes out as the week progresses. I was reminded of why we are there at all through a conversation I had with Pastor Benjamin one afternoon. We had returned from the beach, always a stressful though fun time trying to keep 60 plus kids many of whom cannot swim safely in the water. I was sitting with Pastor Benjamin in front of his cabin talking about the trip and different things. We were quiet for a moment when he turned to me and said, “The kids love you, you know? They love your team.” I looked at him and said, “How do you know that?” and he said, “Because they tell me, the kids they tell me they love you” tears fill my eyes even now remembering.

Many things happen on a trip with different people, personalities, and sickness. It is easy to get distracted, especially when you have to make sure all the details happen and everyone is fed and safe. Sometimes you forget why you are there. I was brought back to reality with that little encounter. Upon returning to the States I read a quote by John Piper that stuck with me.

He says, “God is pursuing with omnipotent passion a worldwide purpose of gathering joyful worshipers for Himself from every tribe and tongue and people and nation. He has an inexhaustible enthusiasm for the supremacy of His name among the nations. Therefore, let us bring our affections into line with His and, for the sake of His name, let us renounce the quest for worldly comforts and join His global purpose.”

We went; we go every day in life as believers to share a gospel of hope to the nations. The hope is Jesus Christ and Him crucified. We saw children come to know Christ, and that only happened when the Holy Spirit worked through our team, and the kids saw the love of Christ in us.

How do you say goodbye to a country and a people that captivated your heart? You don’t. You keep them with you. The experiences and the memories that evoke emotions every time they come to mind are evidence that your purpose in this world goes so far beyond what you can imagine. God takes us places and leaves imprints of His grace on our hearts and lives so that we can see His glory and be blessed by the time we have had and perhaps someday be reunited with those we were fortunate enough to meet.

Leaving Ecuador never gets easier even though I know, God willing, I will be going back. I cannot let my love for that country, the people there, and the things we do diminish the work that God will do through me right here at home. I encourage you to not let anything diminish where God has you right now. He is the ultimate prize, and He will glorify Himself through your life as a believer. That is more than enough for me. 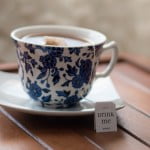 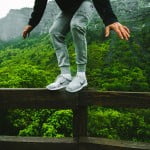