The Dangers of Celebrity Christianity

When a celebrity speaks, we listen. There is something arresting, if not authoritative, about the voice, the opinion of one who has attained celebrity status. It does not seem to matter if the celebrity in question is trained, studied, or verifiably knowledgeable. What gives the opinion weight is that it is held and espoused by a celebrity. The subject of interest may be climate change, abortion, nuclear proliferation, or international relations. The gravity, implications, or need for expertise are all glibly and naively ignored for the sake of the apparently invaluable testimony of the celebrity: given in the audience of a House Subcommittee.

It sounds foolish, doesn’t it? We may shake our heads in disbelief and even laugh at the incredulity that our leaders and the public at large hold such opinions in high esteem. But is it possible that the those of us in the evangelical Christian community have been just as naive? Is it possible that the cult of celebrity has lured the church into its fold?

The 1980’s witnessed the proliferation of a plethora of “Christian” television ministries and personalities vying for viewers and dollars. Not all of them were bad. There were among them those who were faithful to God’s Word. But there were, and even still are, those who are as fake as a bowl of wax fruit. Scandals involving sex, money, and abuse of power and privilege rocked professing christendom with what should have been vivid warnings and undeniable object lessons on the dangers of celebrity Christianity.

To some degree, “celebrityism” is unavoidable, especially in this day of media and celebrity saturation. Even Scripture provides us examples of those who faced it. Some dealt with it Biblically, while others succumbed to its temptation. Samson lost sight of why he was here, and King Saul was deceived by an inflated view of his own importance. But in the New Testament, both Peter and Paul rejected the opportunity to benefit personally from “celebrity” status, choosing rather to defer glory to God alone.

Recent developments bring to light again the inherent dangers of celebrity Christianity and the need to rehearse them so that they may be avoided. The seduction of celebrity is strong, because the status it offers is humanly irresistible. Even the Apostle Paul confessed that his thorn in the flesh was given to him so that he would not become proud as a result of the revelations he had been privy to.

Those who attain some measure of notoriety, who live their “Christianity” in the public view can give the impression, and even believe themselves, that life before the cameras is the real thing, when in reality it is contrived, edited, and misleading. Such reality television is very often unreal and not an expression or portrayal of genuine Christianity, and often leads the celebrity and those who admire him or her to have a heart for celebrity instead of a heart receptive to Christ and His Word and genuine Christian discipleship. Lives are destroyed by such a false example and testimony, because in the midst of such a scenario the transforming power of the Gospel message is lost.

Tragically, many celebrities and their followers are satisfied with such Christianity and fall prey to the horror of Samson in Judges 16:20 who, “did not know that the Lord had left him.”

May the Lord help us never to be satisfied with what the world has to offer. May we ever run to Christ, embrace His bride the church, and find our hope in Him and His Word.

For His glory alone,
Charles Cavanaugh 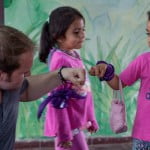 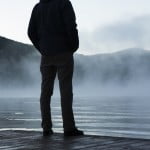