Less than two decades after the French Revolution, a king was back on the throne, and the miseries of a fallen world were as evident as ever for those who wished to see them. Many in France preferred to avoid those miseries and the miserable ones whose lives were so tragically affected by them.

Jean Valjean had known that misery firsthand and the deliverance that comes by the grace of God. His changed life resulted in new opportunities for himself, and he became the Mayor of his city. But he never forgot his life before grace. He was not unmoved by the squalor around him and the needs of those bound and ravaged by sin.

In one particular scene from the story, Valjean finds himself in an unusually wretched part of his city. One person, whose plunge into the miseries of debauchery were most evident, caught Valjean’s attention. He is warned not to dirty himself with the filth of the miserable ones around him, but the grace he has experienced and the resulting compassion in his heart cause him to look past the squalor to the pitiful plight of factory worker Fantine. He selflessly scoops her up and takes her to a hospital where she later dies: but not before she receives Valjean’s promise to care for her daughter.

“The Miserable ones” in Victor Hugo’s moving story and the compassion that results from the redemption of Jean Valjean are a call to readiness and action for the church of Jesus Christ today and are particularly arresting for Christians in Postmodern American culture. While the nation we love and with which we have grown so comfortable is transformed into a nation of “Les Miserables”, our tendency is to bemoan our loss and ignore our opportunity. While it is tragic to watch a culture willfully turn from God and embrace perversion as the new normal, we must be ready to address the misery that will certainly come as a result. We are only beginning to see the fruit of such decisions. As they become more evident, we can look on in disgust or, as Jean Valjean, look past our disgust to the miserable souls whose only hope of rescue is Christ. It may be that our compassionate response will be used of God to bring many miserable ones from the bondage of their sin to a saving knowledge of Jesus Christ.

It remains to be seen what form our compassion will be called upon to take, but we must prepare our hearts to act in ways in keeping with the love of our Savior Who was more apt to rub shoulders with the down and out than with “those who need no repentance”. Or we can cry in our milk all over Facebook while longing for the “good ole days”. May God help us to be “ambassadors for Christ”. 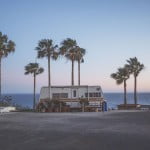 Change: The One ConstantBlog, Charles Cavanaugh 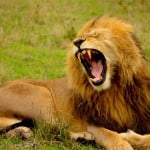 The Devaluing of ValuesBlog, Charles Cavanaugh