It’s Not About Us

You know the song, the old song, “He’s Got the Whole World in His Hands”. That song came to mind so clearly this past week. I posted on social media that my son Micah’s passport would expire just one month after his return from a mission trip to Ecuador. He called the U.S. Dept. of Passport Services and was told that Ecuador would accept his passport without a problem.

Well, when Micah got ready to board his plane Friday evening in Florida, the manager of the airlines would not allow him to board with the rest of the mission team. He said that Ecuador requires the expiration date to be at least six months away. Ecuador would not let him in.

Now the rest of the story. Ps. 37:23; “The steps of a good man are ordered by the LORD, and He delights in his way.” The airline rescheduled Micah’s flight for Monday night, and the adventure began. He stood in line to get his passport renewed starting at 6:30 that morning and waited until late afternoon. He called and told me what happened that day. There were at least 200 people getting a passport along with him. When he finally approached the lady processing the passports with the form he had completed, she informed him; “You will not get your passport today.” What does she know? Remember: “He’s Got the Whole World in His Hands”. “He’s got you and me sister, in His hands!” It’s not about us. So many people were praying that day, and the power of prayer (the power of God) prevailed. It was late afternoon, and Micah only had a short window to get back to the Miami airport and board his flight for Ecuador.

He and one other gentleman were sitting together and were the last in line. Both of their names were called, and Micah was given his passport. The Lord has the plans of our lives in His hands. What a testimony of what happens when the people of God pray.

I am so aware that “He’s got the whole world in His hands”. America, Ecuador: God’s presence and plan are ever in motion. Ps.115:1; “Not unto us, O LORD, Not unto us; But to Your name give glory, For Your mercy, and for Your truth’s sake.” 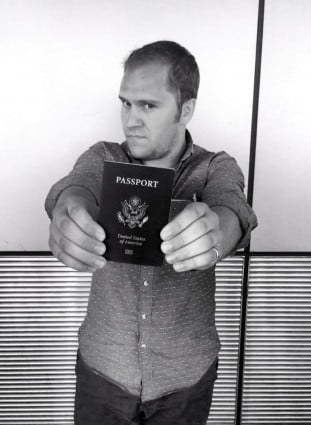 Ecuador, He's Got the Whole World in His Hands, Micah
Recommended Posts